If you have been diagnosed with breast cancer and are experiencing financial difficulty or health care access issues, we are here to help. The DONNA CareLine is a resource available to answer any questions you may have and provide valuable insight to your patient care. The DONNA CareLine is funded by The DONNA Foundation and staffed by insurance and healthcare experts through a partnership with the Patient Advocate Foundation. To date, we have helped over 10,000 families living with breast cancer meet their critical needs. Help comes in many forms; it might be providing much needed transportation to and from treatments, making a co-pay payment on your behalf, assisting with child care payments during your treatment, or help with household utility bills. The needs are countless, and we will work tirelessly, every day, to help you meet all your needs during this difficult time. The DONNA CareLine is available to you 365 days a year, 24/7.

Men Have Breasts Too 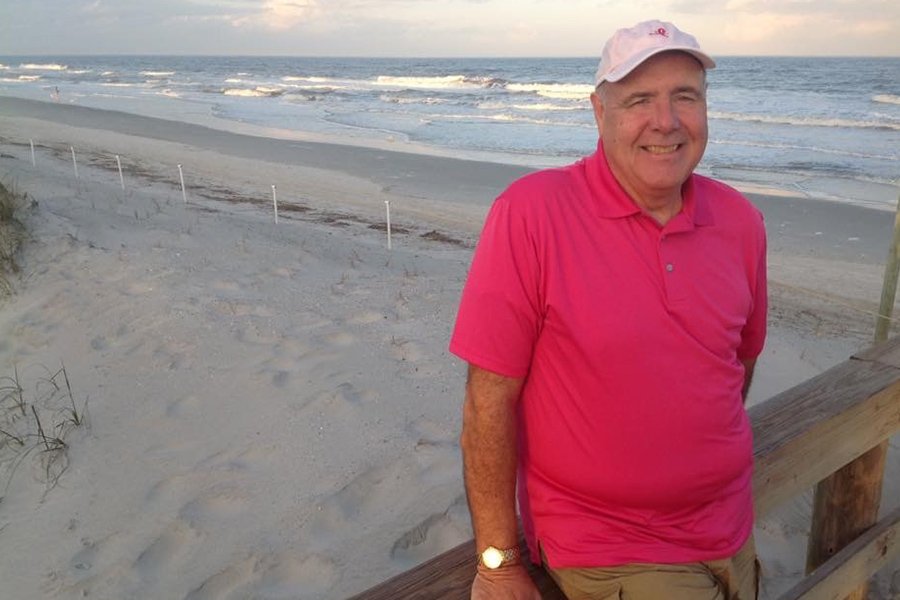 Five years ago, my wife and I were in bed when she felt a lump under my skin on my left breast. The lump was small but didn’t feel like an ingrown hair or pimple. I felt the lump and agreed it was different. My wife’s advice was to see our physician immediately, which I did. Upon examination, he agreed the lump needed further evaluation and recommended a mammography. Note, there is no history of breast cancer in my family.

The mammography was scheduled for a couple of days later. The scheduler advised, since I was a male having a predominantly female procedure, it would be best if scheduled for early in the morning to avoid delays and waiting discomfort. I scheduled the first appointment of the day and after a few adjustments, after all most women are not 6 foot 5 inches, I was done. Once completed, the technician asked me to wait until the images were reviewed by the radiologist. After a few minutes, we met the radiologist who recommended a needle biopsy. I was told the results would be available later in the day.  I was very surprised and shocked when I received a call that afternoon, I had breast cancer. The test results revealed the lump was cancerous. I was told to see my physician for the next steps.

Once hearing the “C” word, we decided to proceed as quickly as possible to get this evil disease out of my body and put this in the past. So, within a month’s time of finding the lump, I had seen my PCP, had a mammography, a biopsy, was told I had breast cancer, had genetic testing for the BRCA 1 & 2 gene, and saw 2 surgeons all leading to a left breast mastectomy including the removal of several lymph nodes. Good news, I was told the cancer had not spread. Quite a month, to say the least!!

After recovering from the mastectomy I began chemotherapy. Since the lump was small, removed with the mastectomy and the cancer had not spread, radiation was not needed. My chemotherapy lasted 12 months – first three months weekly and the following nine months, every three weeks.

So, here we are – it’s been 5 years since my breast cancer was found. I’ve had a mastectomy, genetic testing, chemotherapy and follow ups with my oncologist every 6 months (now yearly). I take oral medication (Tamoxifen) daily and feel fine. In addition to the surgery and chemo, I took a couple of actions to improve my health. I changed my diet and lost 80 pounds, and began participating in 5K runs/walks. We learned of the DONNA 5K in 2015 and signed up. It was our first race, of many. It started us on a path and we now do a 5K almost every weekend. We even pushed and finished the DONNA 10K, twice. When I looked death in the face, I realized what is really important. There are things I can do to stay healthy and live a better life. I kept thinking of how much I wanted to see my grandson grow up, so I stay healthy for him.

Initially, we only told our sons and close friends about my disease. It took more than a year for me to gradually talk to others about my breast cancer. Having a “women’s disease” leaves a man with many emotions. Almost everything out there about breast cancer addresses women having this disease followed by pink, pink & more pink (by the way, since wearing so much pink, it has now become “my color!”). The lack of information out there concerning men and breast cancer is troublesome. Men struggle to find resources and often find themselves in uncomfortable situations. Only after 5 years can I chuckle at the instructions included with my appointment notices “please wear a two- piece outfit & notify us if you are menstruating.”

I have become very vocal in telling strangers about my breast cancer and educating people, that YES men get breast cancer too! The DONNA Foundation provides assistance to ANYONE diagnosed with breast cancer, regardless of gender. So by participating in DONNA events, throughout the year, the Male Breast Cancer Coalition, and ACS events, I hope not only to raise funds but also awareness that breast cancer affects men. I look forward to continuing to help others wherever I can, be it speaking engagements, health fairs, fashion shows, 5 Ks etc. – anything to get the word out.

So, my life has changed, big time, in the past 5 years. OUR lives have changed (my wife & I have been married for 47 years). We try not to waste a precious moment of living now. Cancer does that to you.